Did you know that children have 20 baby teeth? All of which, at some point in their life, they will lose. Enter the Tooth Fairy. 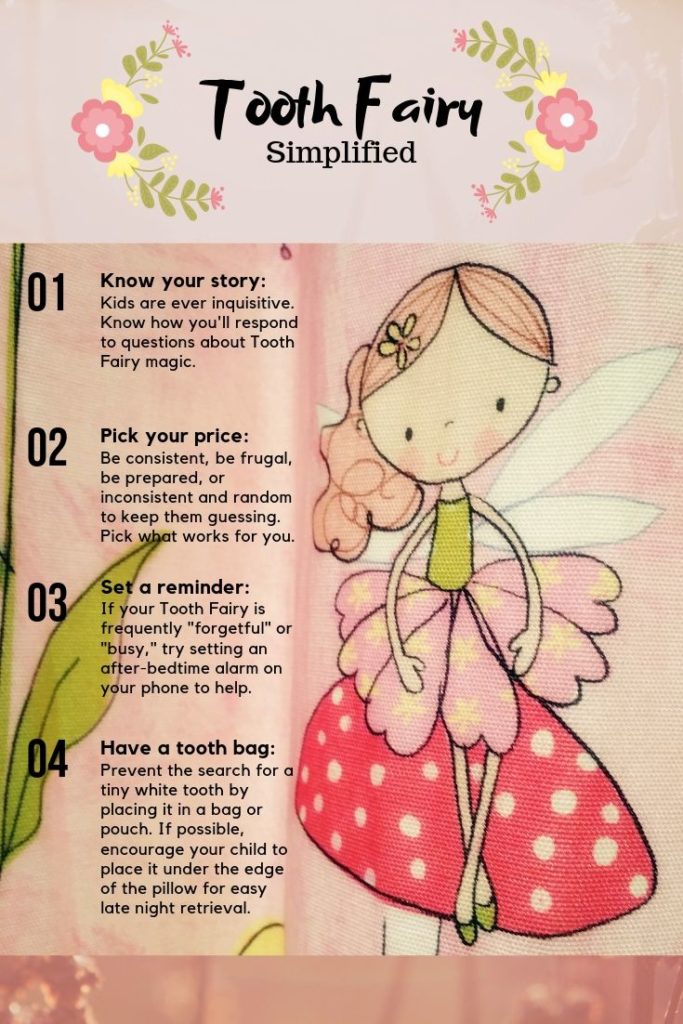 The Tooth Fairy is typically a hot topic because there seems to be a vast inconsistency in how she distributes her finances. The Original Tooth Fairy Poll (yes, it is a thing) found that kids in 2019 earn an average of $3.70 per tooth. This may seem like an obscure number. The survey found that one-third of the reporting parents gave children $5 or more while the most popular amount was $1. Truth be told, our fairy is on the cheap side. Let me tell you why.

At $5 a tooth, for 20 teeth, that’s a $100 per child. What you do for one, you have to do for the other because let me tell you, children know! They know what their sibling received, plus a bit of exaggeration sprinkled in, and before you know it the younger sibling thinks the older sibling earned $10 a tooth. That’s just not happening in my house.

Not to mention, some children lose their teeth young—preschool age young. Possibly even before they learn the difference between dollar bills. According to the American Dental Association, children shed baby teeth between the ages of 6-12, though they can lose them younger still. In general, the earlier your infant cuts teeth, the earlier he will lose them. The later they come in, the later they start to fall out. My oldest was toothless on his first birthday and didn’t start losing teeth until after he turned 8.

Back to my cheap tooth fairy. She gives coins.

For starters, I rarely have cash on me. If I do, it’s because I just hit the ATM to pay the babysitter. (My babysitter still accepts cash, but who here has used Venmo?) I do, however, usually have coins floating around. When my son lost his first, he received a quarter. To put lightly, he was a little disappointed. Until I showed him it was a Bi-Centennial quarter, a rare drummer boy.

The quarter was intentional. First off, that first tooth sometimes catches you off guard and you use what you have. Secondly, I set the precedent low. It’s a tooth. He’ll lose 19 more at some point. Third, he has siblings. Fair is not always equal, but for something like the Tooth Fairy, we try to be consistent.

Seeing my son’s disappointment in receiving only a quarter and knowing I didn’t have 19 more Bi-Centennial quarters, I cashed in on that low precedent. I went to the bank and bought a roll of fifty-cent pieces – 20 for $10 – and a handful of dollar coins. The Tooth Fairy’s stash lives in a special drawer in my house so it doesn’t accidentally get spent. If it’s an exceptionally stubborn tooth, the Tooth Fairy might give a dollar coin. Only one. Otherwise, it’s a single fifty-cent piece every time.

The result of frugality

With the Fairy Stash on hand, I rarely get caught unprepared. My children are not making bank for naturally losing teeth. Nor am I going broke because of it. They still get to experience the same fun tradition as everyone else. The added bonus, I’ve noticed they are less likely to spend the unique coins. Instead, they save them.

How do you keep up with the prices of the tooth fairy?

Baking Sugar Cookies with Kids: Is the mess worth it?

12 Places to Buy Gifts that Give Back this Holiday Season 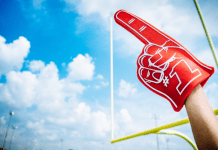 5 Things to Do in Omaha for the Holidays