Omaha Mom recognizes that the last year was one with many challenges, especially for the mothers in our community. We are SO excited to partner with such amazing businesses and bless some amazing mothers to the Ultimate Mother’s Day Gift Giveaway!

Thank you to everyone who submitted a nomination. With so many incredible mothers being nominated it was very challenging to only select 10. From the bottom of our hearts — thank you for for being such amazing mothers and mother figures.

Please read through all of the amazing nominations. Select your top 3 nominees in the ballot at the bottom of this page. — VOTING HAS CLOSED FOR 2021.

Encourage others to vote by sharing this page!

“This mama of six is my role model. Her children range from 8 years old to 1 year old. Being a mom in a large family is difficult, but Anna does it with grace. She is raising her children to be kind and loving, to share rather than take, to sacrifice rather than be selfish, and to work hard rather than take the easy way out.

Anna is real. She is honest. She shares her struggles with those she trusts, but never puts herself first. She is always caring for her family and friends. She is my shoulder to cry on. She is her family’s rock.

Nominated by Anonymous and Dillon H.

“My dad had a stroke a few years back so his left side is paralyzed. My mom is his caretaker as well as for 4 kids. She lost her sister she was closest to last holiday season and then my mom found out she had breast cancer. It has been nothing but negative in her life but everyday is the strongest she can be. Even with everything going on, she is so positive. She just finished her chemo and has beat breast cancer! I nominate my mom because she is the strongest person I know even though it seems like everything in her life has taken a turn for the worst.”

“Lisa is a caretaker of her husband who had a stroke and the parents of four kids. She has just overcame breast cancer. She is so strong, positive, and the best mother in the world!”

“Michelle deserves to be spoiled. We naturally had twins 9 years ago now for our first kids, even though twins do not run in either of our families. They were premature and spent our daughter spent 2 weeks in the NICU, and our son 3 weeks in the NICU. There was quite a learning curve, and she spent each day in the hospital with them while I returned to work. As the twins aged, it was becoming clear that our son was different and not achieving the same milestones as his sister. He was developmentally delayed and eventually diagnosed as non-verbal autistic. We received much needed assistance from the local school in developing an IEP and enrolled in speech therapy classes. Speech therapy was able to get him a communication device, which he is now a wizard at using. He can form sentences and spell words. My wife would take him every week to speech therapy, which he hated at first, but now enjoys going to.

I work early in the morning and come home in the late evening, so my wife gets the kids up, makes sure they eat breakfast, get them ready for school, and take them to school, all before she hustles to work. After she gets off work, she will get groceries and pick up the kids from school and make dinner for everyone.

Now that the kids are into activities, my wife plays chauffer. Our daughter plays softball, so my wife will take her and pick her up from practice, as well as play catch in the backyard to further enhance our daughters softball skills. And our son loves to swim and will go to swim lessons once per week, again with my wife taking him picking him back up. She will also take them to various parks, libraries, and the zoo to keep them occupied when school is not in session.

Somehow she still manages to find time for herself and workout as well as help keeping the house neat and orderly.

Raising a special needs child also inspired her assist other special needs children. She was able to get a job in the public school system as a special needs para-educator, and has worked in elementary and middle schools. I believe she is making a difference in those child’s lives, and leaving a lasting impact to enhance their future.”

“Jenn has been a constant in my life since I was 21 (37 now), even as we danced and wove around each other’s busy lives and changes as mothers. We’ve joked before that we could live so close to each other (in two towns and between five houses) but still not see each other.

Jenn was Kevin’s rock through all the cancer treatments. She worked tirelessly to ensure that Kevin’s time in this world was the best it could be while juggling preteen years and their household. Now, after marrying her high school sweetheart, Jenn’s world is upside down and I see what she is going through, though I struggle to truly help her. Her strength in this world’s loss of Kevin is something to admire and celebrate.

Jenn deserves “some major recognition and prizes” as she mothers her two kiddos through this first year of grief and loss. But everyone who knows Jenn, knows it won’t take this recognition to earn the title of Incredible Omaha Mom; she already is one.”

“She is a hard Working single mother. That loves her son unconditionally and is working to get her own place. She is my coworker and an honor to nominate her”

“Veronica is a super mom. Being a single mother working a full-time job that cannot be done from home means there is little to no time for yourself. This year has been such a struggle but I’ve seen Veronica persevere and work her hardest to ensure virtual learning works for her 3 kids (pre K-1st grade) while also maintaining the household and helping with difficult lessons. This year hasn’t been easy for any parent, but I’m amazed at how much she has been able to handle with the obstacles thrown her way. Though life may be crazy, she still offers me support and encouragement as well.”

“My mother who in the past experienced hardships including domestic abuse and violence to being a single mom of 5. My mother continues to give of herself selflessly despite her circumstances. She has been with me through the most darkest moments and also through the most beautiful like becoming a mom myself . I now have 2 little boys. She always offers with much love to care for her grandchildren as if they were her own sons. Lord know I most likely wouldn’t be finishing college if I didn’t have the mom I have.I’m great full for my mother, my best friend, my role model!”

“My wife deserves this. You would agree if you see what she does day to day and sacrifices for our family; which is not a new thing. It’s 7yrs and counting. She selflessly takes care of all of us and doesn’t leave enough time for herself. Lately, it breaks my heart when she tells me how down she feels on herself about her skin, clothes, or look in the mirror. I reassure her wholeheartedly she’s beautiful inside and out, but her not believing that herself isn’t okay.
I could write a novel about this woman and what she means to our family, but with the amount of submissions you may have, don’t expect you to have time to get through that many lengthy submissions.
While there may be a lot of worthy mothers, this one NEEDS this feel good “break”. And she deserves it.
I’ll happy elaborate and illustrate given further opportunity.”

“She has been a big help to me and her dad. Her dad lost his kidney had a stroke and then west Nile. She always mad sure I was taken care while I was taking care of him.. she was pregnant with her second baby at the time now she has a third baby girl this last January and still trying to make sure I’m doing ok. Love her and all 6 of my grandkids with all my heart. She has three of them ranging from 8 to 3 months”

“Nancy is an amazing woman, friend, mother and community activist. She works hard to provide for her daughter, husband and step son. She is wheel chair bound and is working with the community so that everything is more accessible for everyone.” 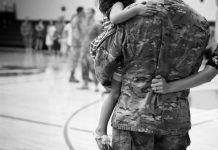 The Heart of an Omaha Military Spouse: Welcoming Military Families 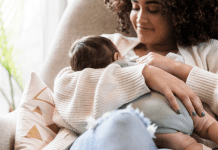 Out of The Box Gift Ideas for Mama After The 2nd, 3rd, 4th+ Baby