I gained a lot of weight when I was pregnant the first time. The weight gain continued after I had the baby, too. I stopped nursing but kept eating like I was feeding two. The first several years of my life, as a mom, were spent being embarrassed by how I looked. I felt too ashamed to pose for pictures with my kids. A year or two ago, I made myself stop acting embarrassed and started making a conscious effort to get in more photos with my kids. Some day I’ll be gone, and pictures are all they’ll have. 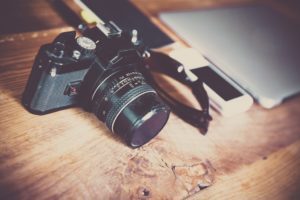 I’m not saying that I’m happy with how I look, but I’m trying to overcome the hang-ups and focus on seeing myself how my kids do. They think I am the most beautiful woman in the world—they’ve told me so on multiple occasions! The moment I realized that we hadn’t had family pictures taken in over four years was the moment I made myself a promise to do better.

Where Issues with My Weight Began

I started to look deeper into where some of my hang-ups and issues with my body come from. I began to remember things my mom used to say to me or around me when I was a kid. My mom was never one to fat shame anyone or to judge anyone for how they looked…anyone except herself. I can remember hearing her talk about the latest fad diet that she was on, and how she needed to lose weight because she was fat. I don’t ever remember thinking that my mom was fat, though.

My mom told me several stories of growing up and being told that she was fat her entire life. When I was a young girl, I can vividly remember my grandmother telling me that I was fat. It’s amazing how those things stick with me all these years later.

Twice in one week, I’ve had conversations with friends about things our parents said to us or around us growing up. One of my friends told me that her mom used to always ask her to suck in her stomach. My other friend (I’ll call her M to simplify the story) told me that she can still vividly remember her mom being distraught after M came home from a visit to her grandparents’ house because M had gained so much weight. She was 6 or 7 years old at the time.

M also told me about the mean things her dad used to say about overweight people. I remember an uncle of mine who would comment on the size of just about anyone who walked by. These things weren’t directed at us, but they planted seeds of what a person “should” look like, and those seeds grew into significant weight insecurities.

The things we say to kids, or around our kids, matter. Words can leave a lasting impact. Our kids are always listening. Everything we say is being absorbed by their little sponge brains. I don’t think that any of the moms in these stories meant to hurt their children. They couldn’t have intended to create body issues and a lack of self-esteem. I don’t think my uncle meant to cause me to judge myself as harshly as he judged others. I just feel that it’s time we become more cognizant of the things we say and do around our kids. And it’s time to get out from behind the camera and get in those pictures, too! As my dear friend, “M” said, “I hope we’re raising a new generation of kids who don’t hate their bodies!” 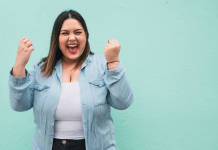 I am More than My Plus-Size Body 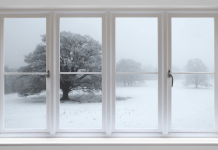 31 Days of Getting Out of the House 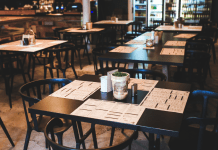 A Guide to Gluten-Free Eating In Omaha

2
I am a Nebraska girl. I was born and raised in Blair, visited family in Giltner and York, went to college in Lincoln, spent summers...

Things to do in Omaha with Kids in January

ABOUT US
Omaha Mom is a locally-focused parenting resource for moms and families. Passionate about parenting and our community, Omaha Mom strives to connect area moms to relevant resources, local businesses, can’t-miss happenings, and most of all — each other!
FOLLOW US
© Omaha Mom © - 2023
Sister Site at City Mom Collective.