Our Disney+ subscription just paid for itself tenfold. My six-year-old son heard from a friend over the summer about a Disney movie called Zombies. When he first asked me to watch, I said no, based on the title alone. Then, one day, I gave in. And I’m so glad I did because they have allowed for so much rich conversation about racism, self-confidence, and other typically heavy topics.

We’ve since watched Zombies and Zombies 2 more times now than I count, and we LOVE them. They’re musicals, and the high-energy choreography is awesome. The songs are so catchy that I catch myself singing them at work. 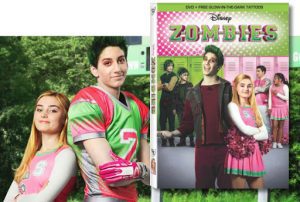 Summary of the movie Zombies

Set in the fictional suburban town of Seabrook, Zombies tells the story of how a failed nuclear experiment turned into an explosion decades ago and turned a town of ordinary humans into zombies. After that, the zombies are kept separate from the rest of the town, forming their own Zombie Town. It’s an area that is very run down and industrial based. In current times, technology has created a device called a “Z-band,” which zombies wear on their wrists to tame them (a.k.a. prevent them from eating human brains).

They hadn’t been allowed to integrate into society for years, until the beginning of this movie, which starts on the first day of school. The zombies will finally be allowed to attend human high school, too.

We are immediately introduced to the two main characters: Zed, a zombie who is charming AF, and Addison, a pretty and perfect cheerleader.

The two hit it off nearly right away. Only, it seems as if the world is against them. Everyone in the town still clings to the stereotypes and false preconceptions of what they think it means to be a zombie.

Can you see where I might be going with this?

Well, my son did—right away. He noticed and immediately wondered aloud, “Why does it matter if they’re friends or not?”

I kept a mental track of his questions and comments throughout the movie. In the end, we were able to have a really quick chat to compare our favorite parts and lyrics. Afterward, we followed that up with some discussion about the issues it addressed. I made some parallels between what the characters went through and the much deeper and ongoing issues of racism and prejudice right now in our country.

I could tell it helped him understand and connect some dots. I assured him, via a direct quote from the movie:

We are different, but that’s what makes us stronger. – Addison 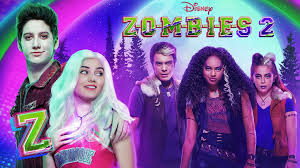 A synopsis of the sequel: Zombies 2

Addison, Zed, and crew have more or less succeeded in fully integrating the two societies as zombies are given more rights and freedoms. The plot thickens when Addison finds out she may actually be a werewolf, though.

Stick with me here.

Zed tries to hold her back from becoming who she truly is at the same time as he and everyone use their fear as an excuse to shun the new werewolf pack from the school and town. Not cool.

After many incredible dance numbers and collaboration among all the different groups, the movie ends on a happy note.

Here, too, my son had all sorts of comments and questions about why certain characters were struggling to fit in and why the different groups weren’t interacting in the lunchroom, etc.  We got to talk about the importance of being yourself despite what anyone may say and the importance of being kind, welcoming, and accepting toward others.

These were such good lessons as he started a brand new school this year.

Truly, the characters are so easily lovable that it keeps the mood light, so it’s never awkward or overt in introducing these concepts. And because it’s a made-for-tv Disney movie, the characters, scenes, and sets are the best kind of cheesy.

For your kids, too, the Zombies franchise can absolutely help them understand the consequences of close-minded, divided beliefs. In my opinion, these movies are appropriate for first grade through high school. So if you’re a mom who loved High School Musical back in the day, watch this with your children.

The same amount of fun with an even greater message.

And for real, you’ll be singing these songs non-stop afterward yourself! 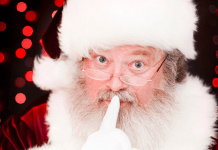 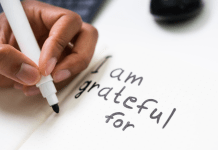 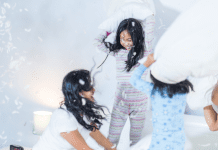